Love snow bike racing games? Try Bike Rider Game of 2019 where you have a chance to ride a motorcycle on the skyscraper of the city. An extreme snow bike racing stunt simulator on sky-high rooftop bike stunts tracks and trails is waiting for you where you can exhibit amazing snow bike riding stunts like a real stuntman on the rooftop stunt bike. While performing crazy snow motorbike jumps on rooftops of a dangerous building, avoid the obstacles. It is a freestyle bike stunt racing game with all the mechanics of superbike stunt simulator rooftop games and moto stunt games. Bike Riding across city buildings, jump on big ramps, half-pipes, and mad tracks. Be a daredevil Bike Rider Real Stuntman to enjoy the awesome skyscraper ride by enjoying the top stunts in this Snow Mountain Bike Racing 2019 - Motocross Race game.

offroad bike racing at its best when you need some real speed. For motorbike riders who love heavy bike racing games, you will also love this biggest race. Ride in traffic, against opponents with HD graphics and 3D environment. The world including Snow mountains, hills and real life like bike racing stadium. Stunt on your bike, be the amazing motor rider and show your bike riding skills. Super-Fast Snow Mountain Bike Racing 2019 - Motocross Race like none before, in the category of Android Motorbike racing. Realistic and smooth physics with extreme fast experience, same as the real experience which you get while racing on the actual bike on the highway. 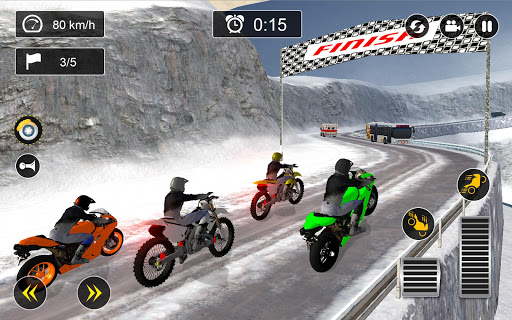 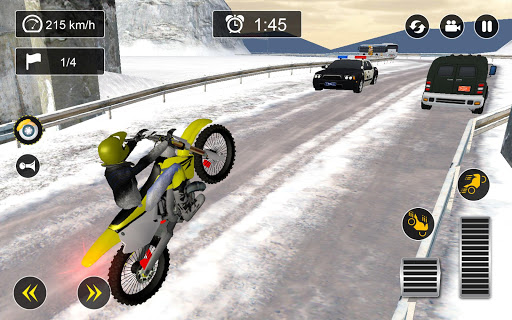