Download
MOD Modify the use of energy without increasing or decreasing, so that you can quickly launch your skills, and when you have full energy, you can make unlimited moves!

Who’s in your Justice League? Join your favorite DC Superheroes & Villains in one of the best, free fighting games on mobile. Assemble a team of superhero legends like Batman, Superman, Supergirl, The Flash, & Wonder Woman to combat the forces against you. Master new combos and crush o... xem thêm

Who’s in your Justice League? Join your favorite DC Superheroes & Villains in one of the best, free fighting games on mobile. Assemble a team of superhero legends like Batman, Superman, Supergirl, The Flash, & Wonder Woman to combat the forces against you. Master new combos and crush opponents in dynamic 3v3 battles. Upgrade your superheroes with special powers as you fight your way through the game. Become a champion by collecting gear for your characters and dominating your foes in PvP contests. Every epic battle in this CCG fighting game will define you—join the fight and become the ultimate DC champion!

COLLECT ICONIC DC CHARACTERS
● Choose from the biggest selection of DC Super Heroes and Super Villains ever offered in a CCG fighting game!
● Featuring classic fan favorites such as Batman, Superman, Wonder Woman, Supergirl, The Flash, Aquaman and Green Lantern, and astonishing new villains like The Joker, Brainiac and Harley Quinn from Suicide Squad
● Take control of how your characters look, fight and develop across a variety of game modes!
ACTION PACKED COMBAT
● Unleash epic combos on your opponents using Superman’s heat vision, The Flash’s lightning kick or Harley Quinn’s cupcake bomb!
● Take your battles to the next level—inflict massive damage using your favorite DC characters’ Supermoves
● Earn rewards from each fight to customize your Super Heroes with powerful gear, and collect special characters like Justice League Batman, Mythic Wonder Woman, Multiverse The Flash and much more
● Team up with friends in this fight game and assemble an unstoppable League! Together you can prevent the collection of worlds and defeat the ultimate boss, Brainiac
● Be social—chat with friends, donate hero shards, participate in Raids, and more!
CONSOLE QUALITY STORY
● Injustice 2 continues the story set in motion in by the hit 3v3, CCG superhero fighting game Injustice: Gods Among Us
● Immerse yourself in cinematics straight from the console—with the Justice League shattered it is up to you to pick up the story and unite a team
● Other superhero games don’t come close! Experience the best graphics on mobile—play with Superman, The Flash, Batman, and many more in high definition 3v3 combat
● Become the fighting champion the world needs—enter a contest of Super Heroes where only the powerful win
● Though killed by Superman, The Joker continues to haunt the lives of all those touched by his madness. By destroying Metropolis, he set the events in motion which made enemies of Superman and Batman. If The Joker were alive to see the chaos he’d created, he would surely be smiling!
FIGHT YOUR WAY TO THE TOP
● Join the contest—enjoy daily challenges and rise up the leaderboard with every fight victory
● Enter the PvP arena and fight players around the world to become a champion
● Unite the likes of The Flash, Supergirl, Batman and more to fight in epic, PvP combat
NEW SYNERGIES, NEW GEAR & NEW CHAMPIONS
● Explore new team synergies—League of Anarchy, Justice League, Multiverse, Suicide Squad, Batman Ninja and Legendary!
● Unlock a new universal gear type—Artifacts can be equipped on any superhero to gain bonus stats and unique passive bonuses!
● Champions Arena (beta) is here—show off your skilled roster and mastered techniques in the largest fighting competition to date. Champions Arena brings together the best fighters in the game to get exclusive rewards, claim the top, and battle players around the world!
Download this truly epic, free fighting game today and unite YOUR Justice League! 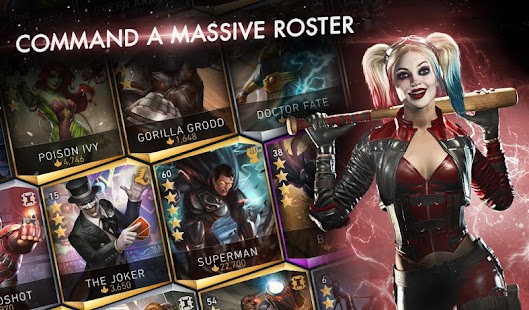 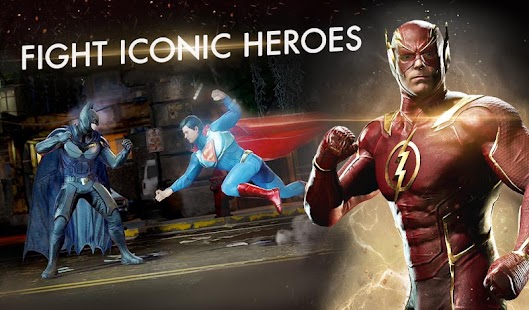 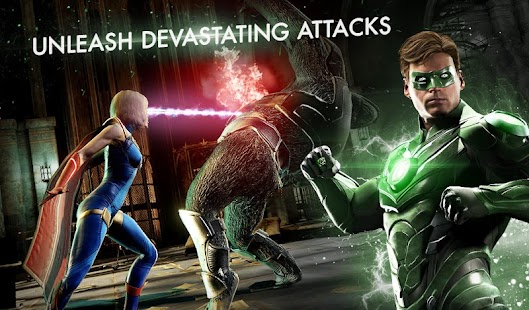 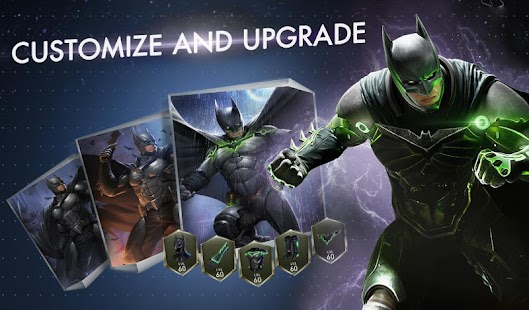 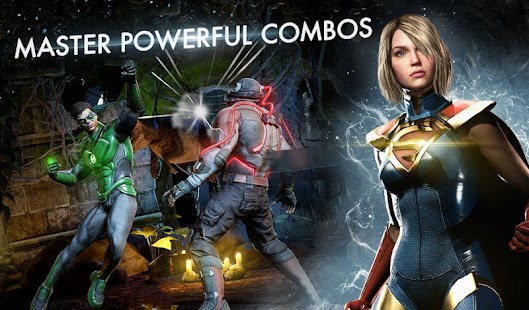 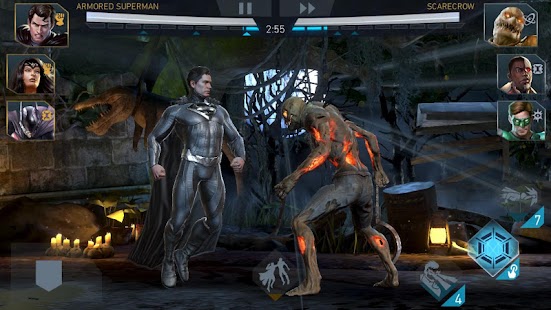 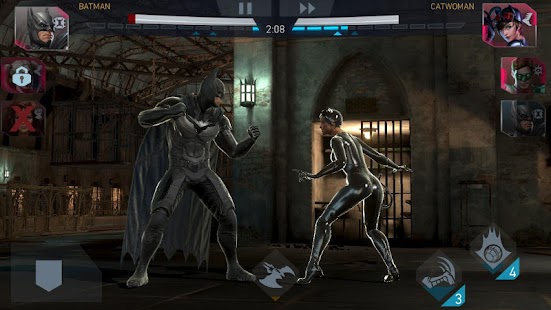 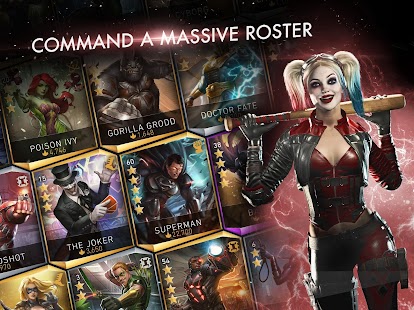 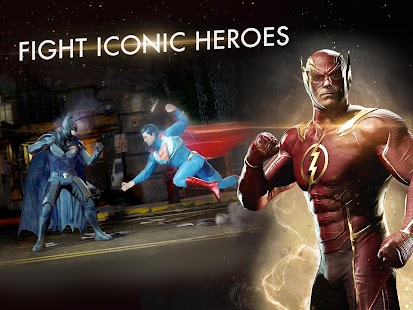 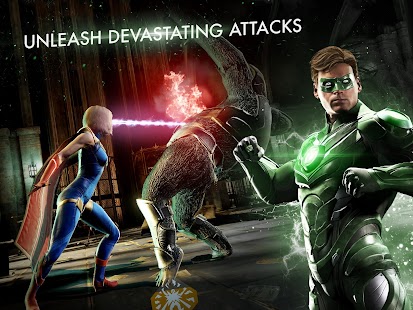 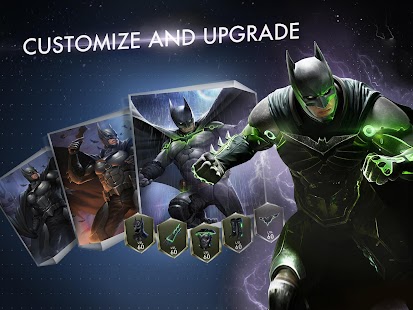 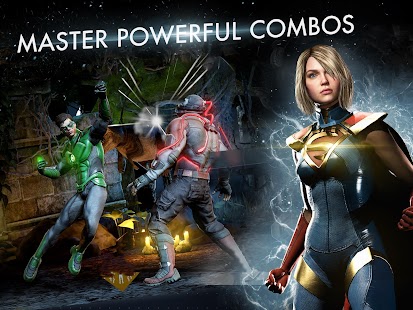 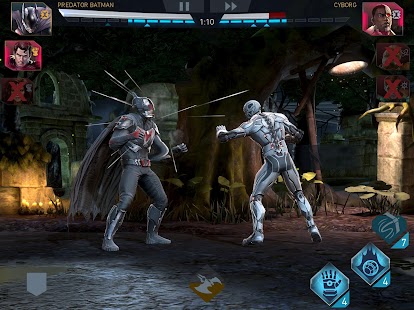 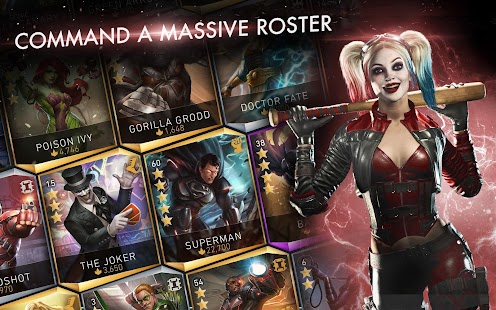 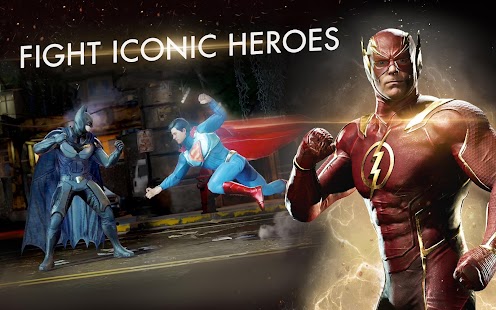 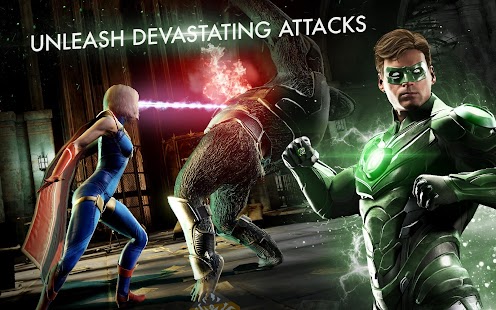 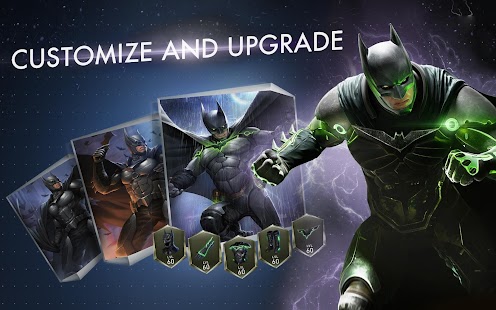 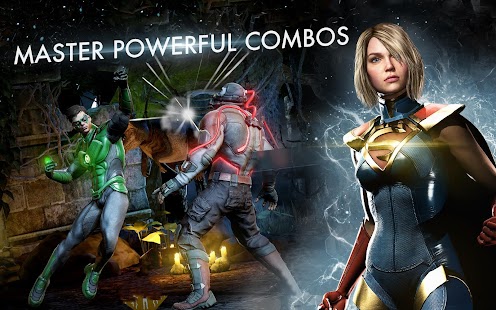 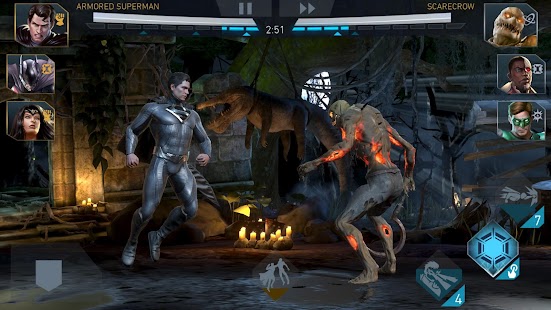 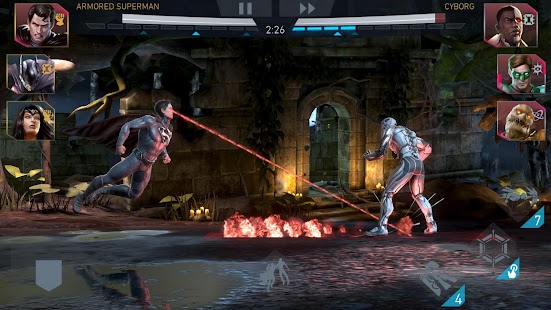